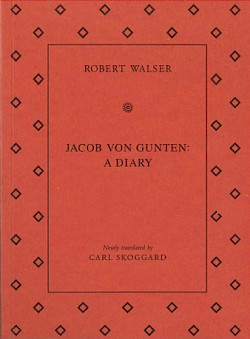 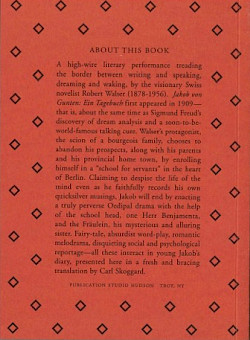 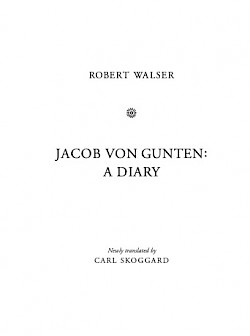 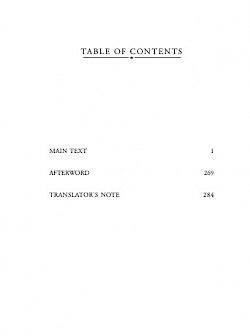 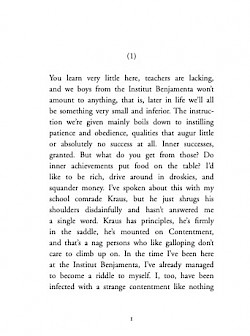 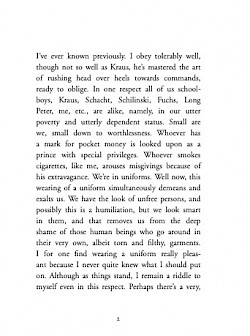 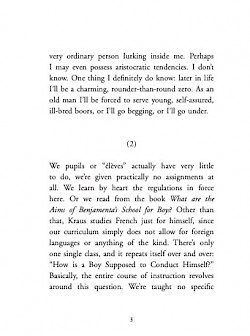 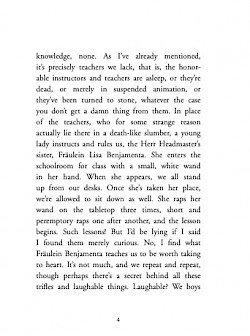 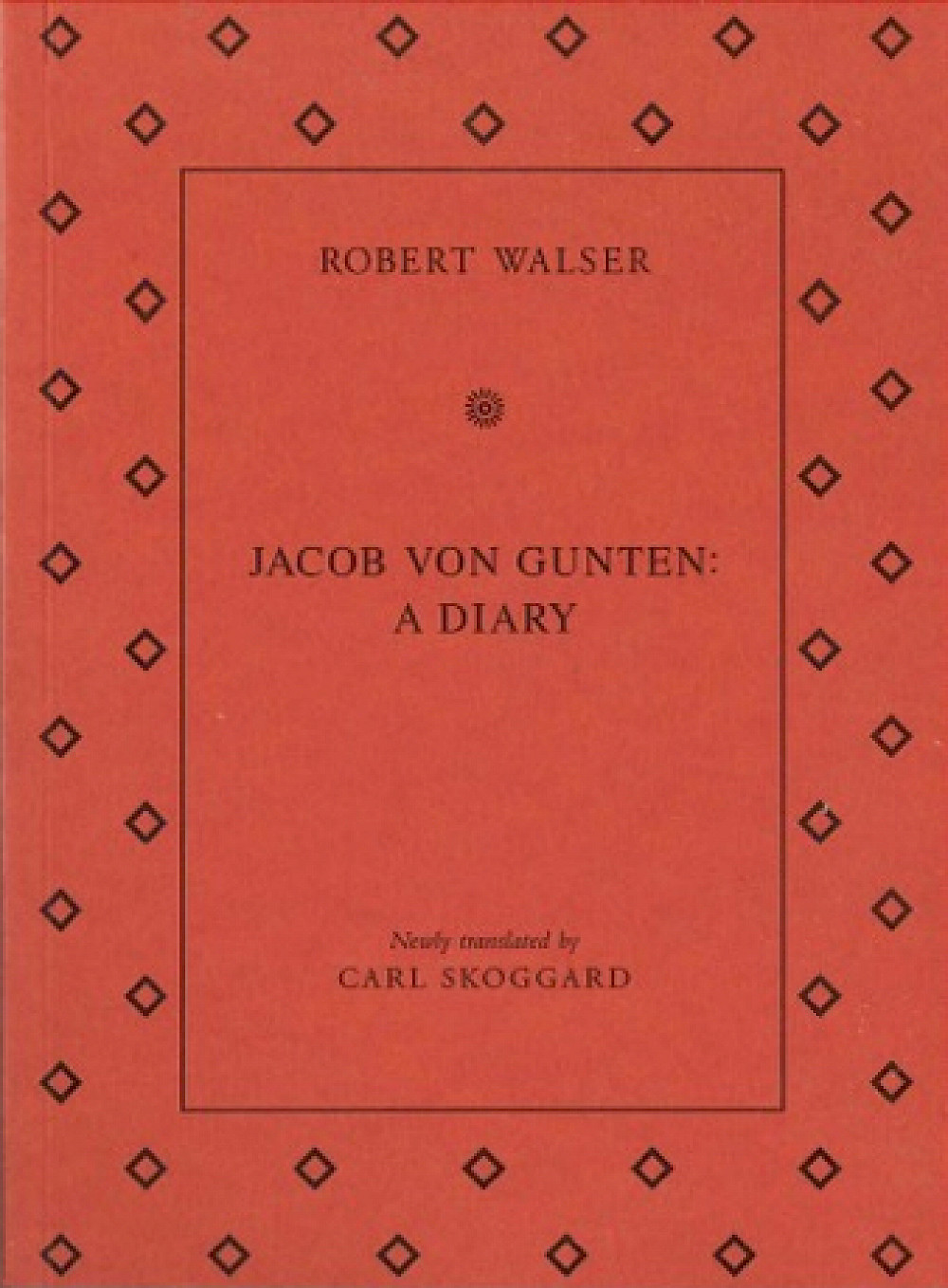 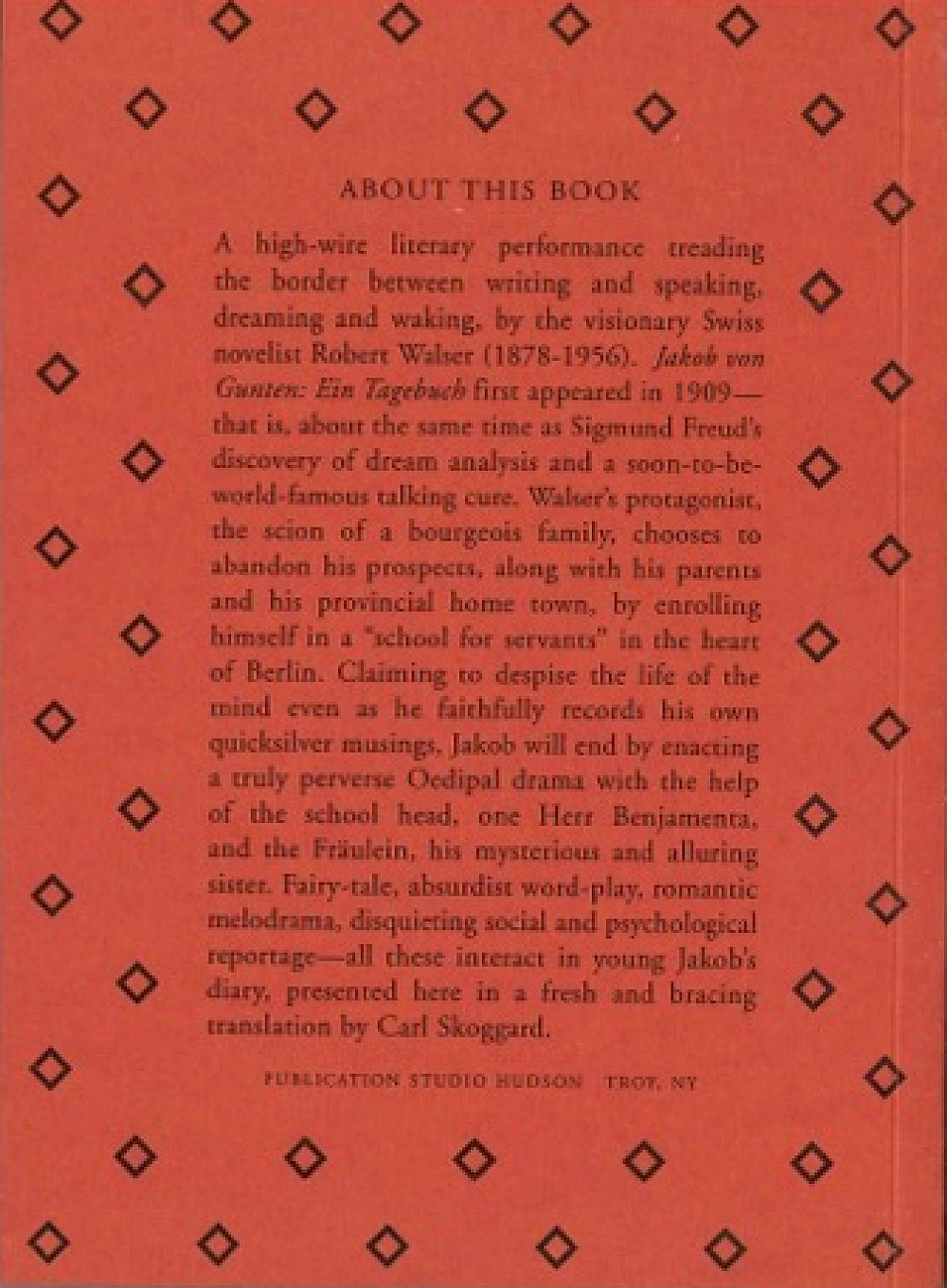 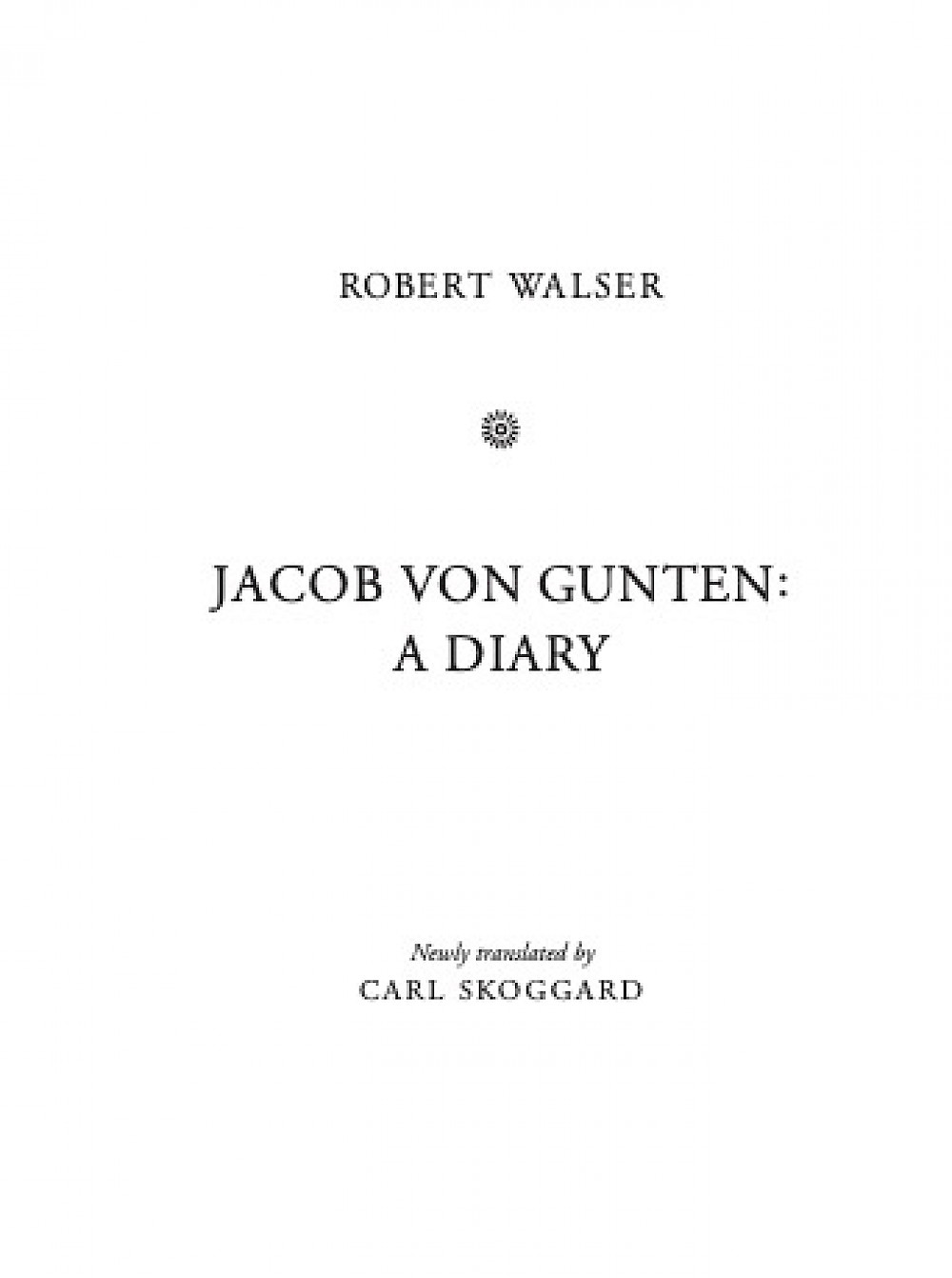 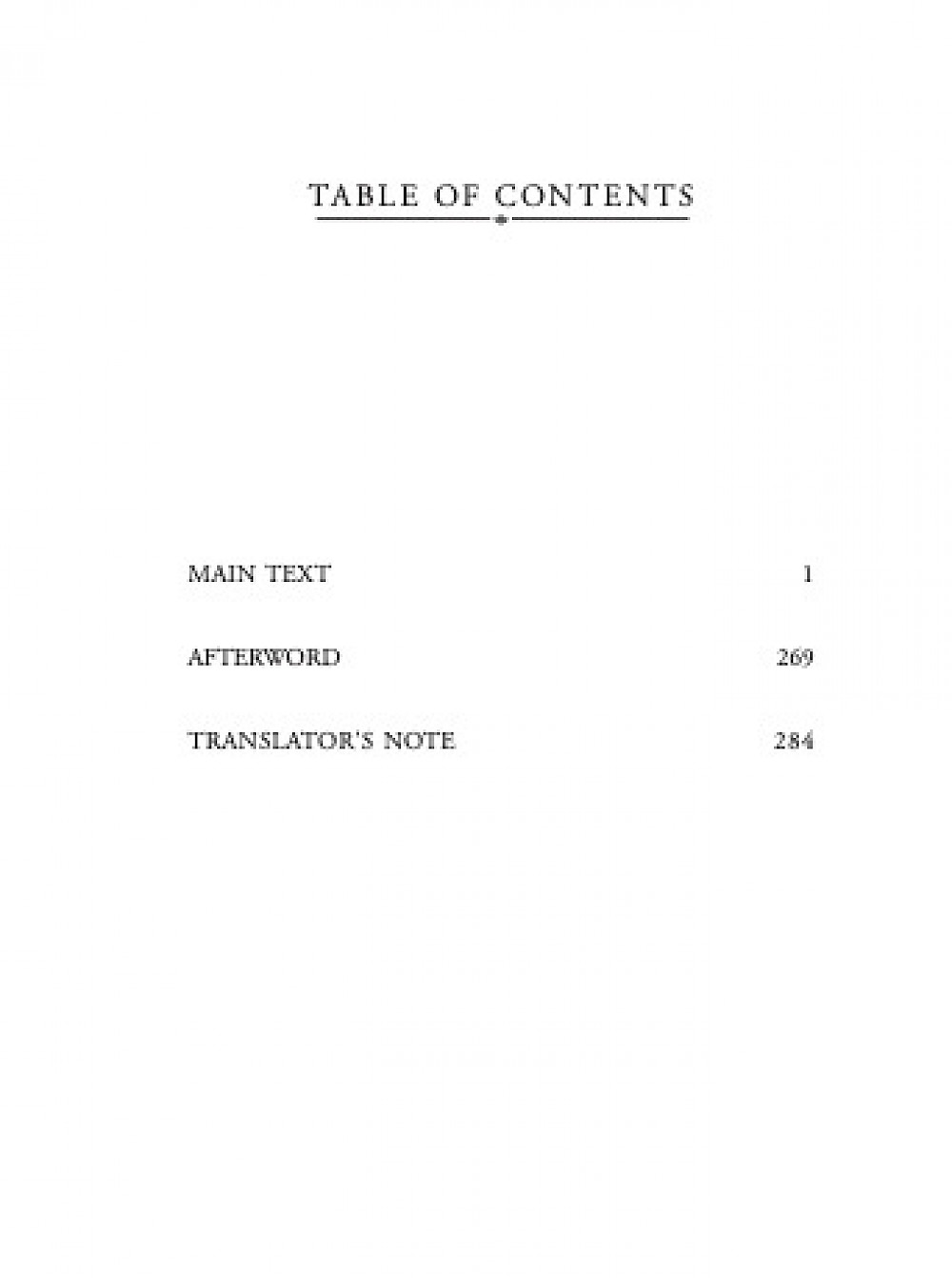 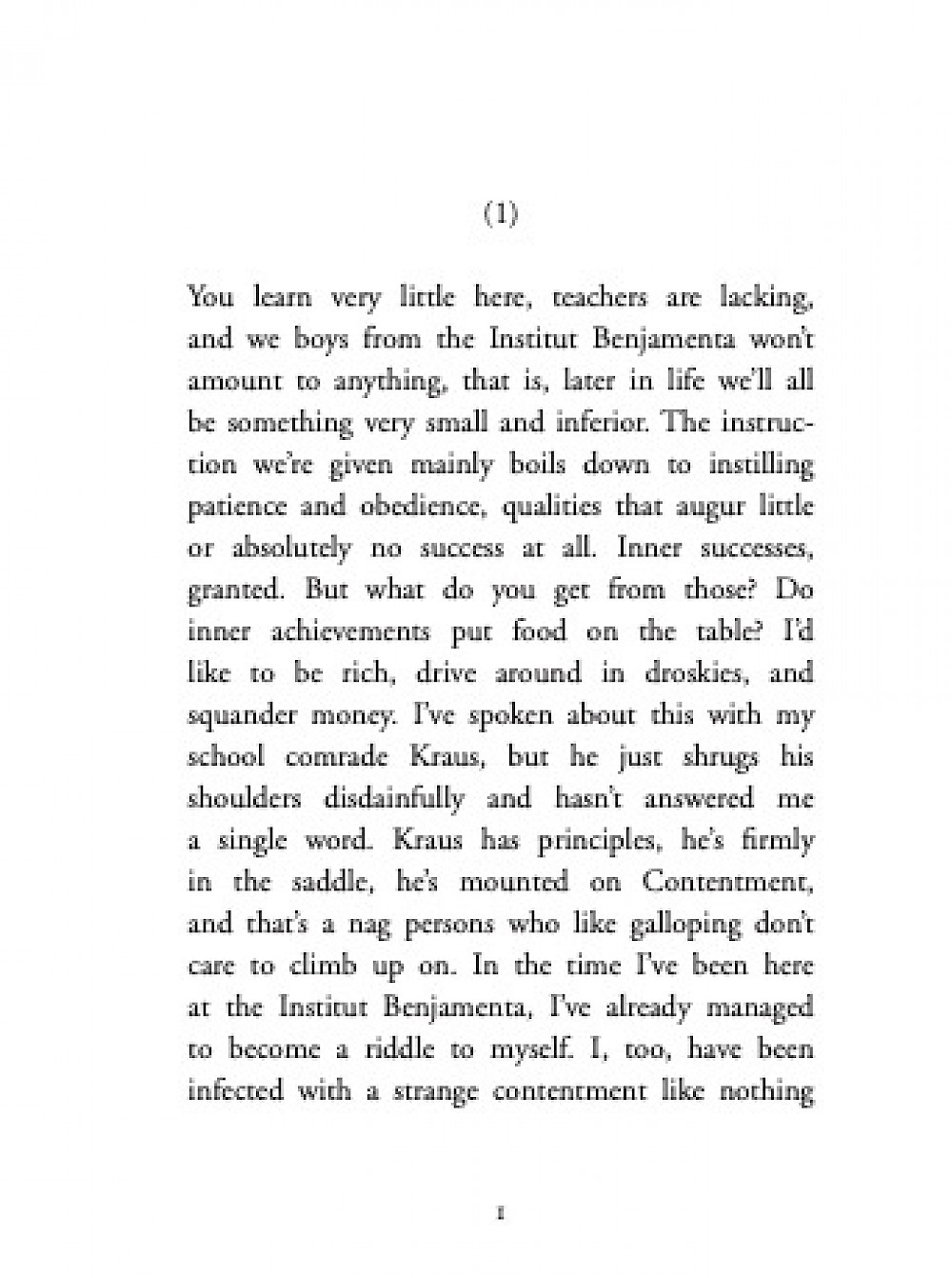 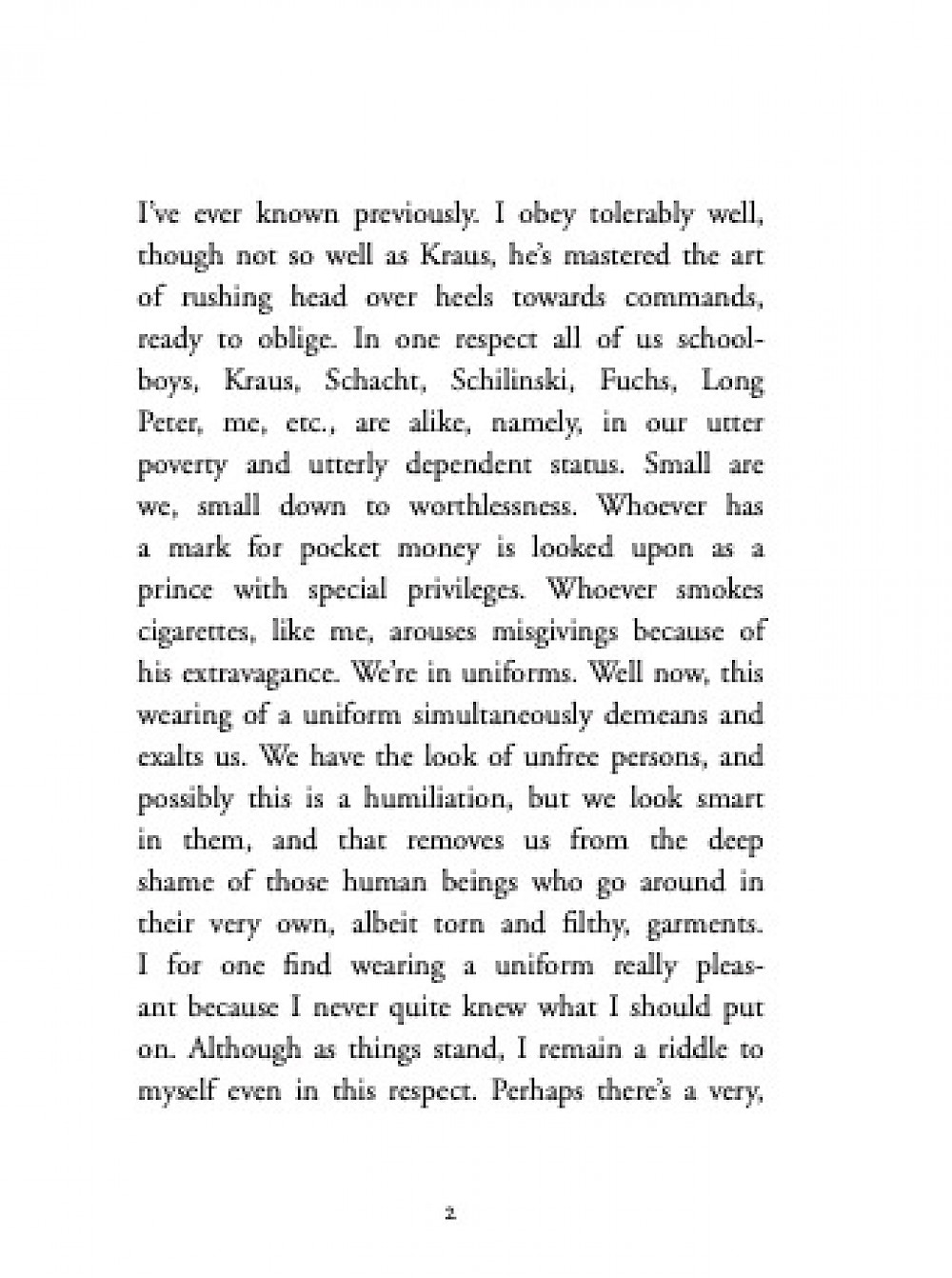 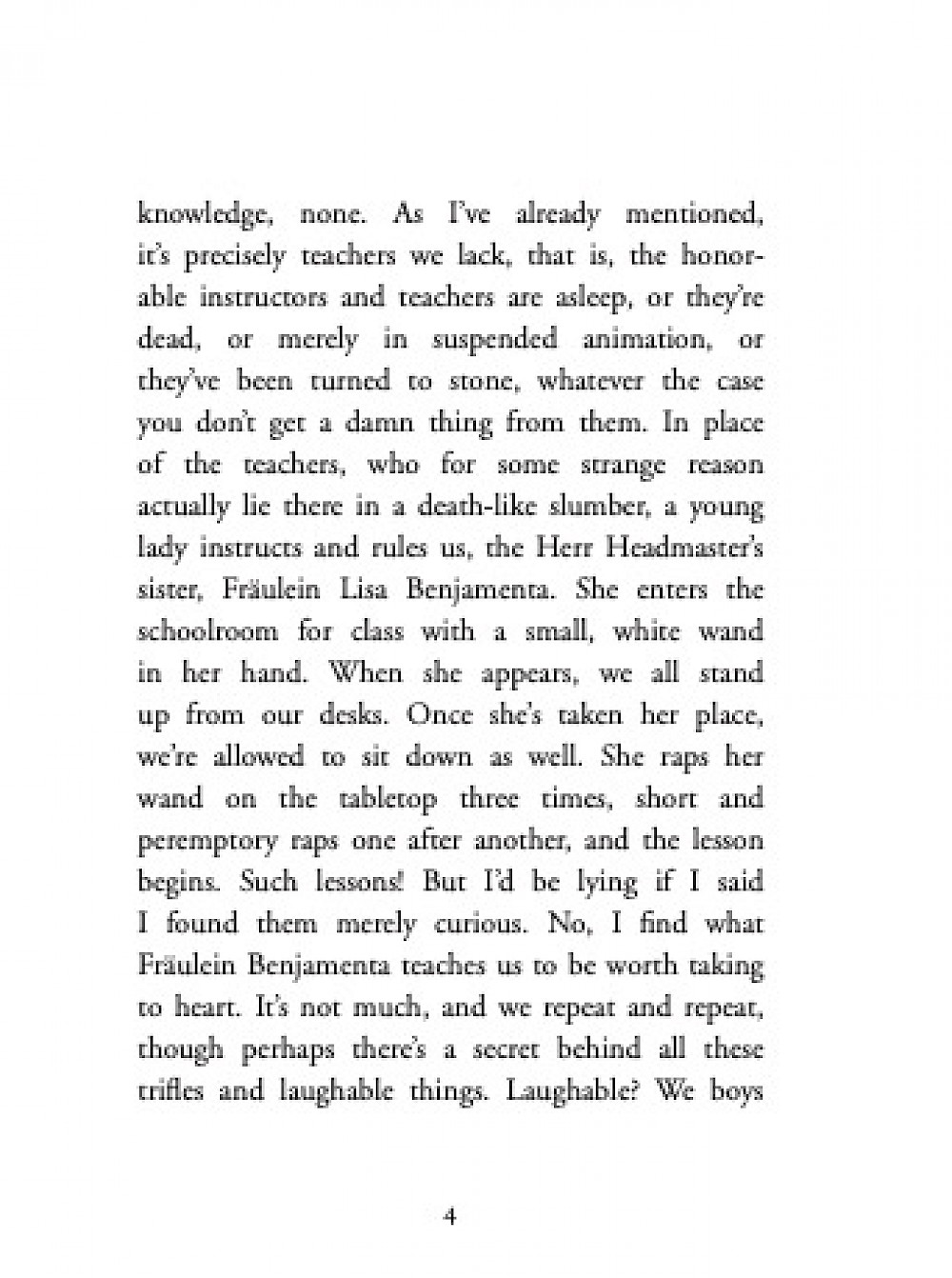 A high-wire literary performance treading the border between writing and speaking, dreaming and waking, by the visionary Swiss novelist Robert Walser (1878-1956). His Jakob von Gunten: Ein Tagebuch first appeared in 1909—that is, about the same time as Sigmund Freud’s discovery of dream analysis and a soon-to-be-world-famous talking cure. The protagonist of Walser’ novel, scion of a bourgeois family, chooses to abandon his prospects, along with his parents and his provincial home town, by enrolling himself in a “school for servants” in the heart of Berlin. Claiming to despise the life of the mind even as he faithfully records his own quicksilver musings, Jakob will end by enacting a truly bizarre Oedipal drama with the help of the school head, one Herr Benjamenta, and the Fräulein, his mysterious and alluring sister. Fairy-tale, absurdist word-play, romantic melodrama, disquieting social and psychological reportage—all these interact in young Jakob’s diary, presented here in a fresh and bracing translation by Carl Skoggard.